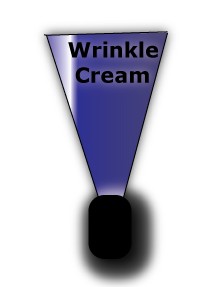 eam Fortress 2 is one of the best aging video games of all time.

After a year or two, most other games age poorly. That’s when the wrinkles, laugh lines and liver spots become obvious.

You might think those wrinkles sprung up out of nowhere one night. In fact, the sad truth is that those signs of aging were always there. The developers just covered up the fine lines with a smear of rouge known as fancy graphics.

But, oh yes, even the most beautiful graphics fade with time.

Towards the end of a game’s life, it might not even run anymore. Instead, it will chug along as it’s locked in a hunched over posture, grasping at it’s cane with claws.

However, video games don’t have to age this way anymore. You can learn all the secrets to aging well from Team Fortress 2.

You can now toss your old wrinkle cream into the dumpster.

TF2: Why It Has Aged Well

Don’t believe that this game has aged well? 53,780 gamers are playing it on Steam as I write this now.

Here’s a couple reasons why I think Team Fortress 2 has aged well:

Unfortunately, not everyone got to experience the wonders of Team Fortress 2. I know that Xbox 360 gamers did not get access to all the game’s updates and new modes. I don’t care how or why this happened; I just hope everyone gets to experience Valve’s next big game.

However, Valve might have a hard time creating a game that matches or surpasses all that TF2 has to offer. That’s because Team Fortress 2 continues to age well and most video games do not.

Your grandkids will probably tell you that one day.

One response to “Team Fortress 2 Never Gets Old”