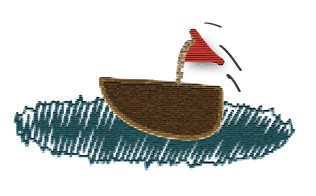 Before the tears trickle down my cheek, let me explain why I’ll miss you.

I have a lot of fond memories of your video games.

Knights of the Old Republic was my first ever BioWare game. I loved using a lightsaber to slice and dice bad guys. The RPG elements only made the game better.

I didn’t think anyone could top Kotor, but I was wrong.

Mass Effect blew my mind. It shined the spotlight on great writing in video games.

Mass Effect was so good that I had to let everyone know about it. So, naturally, I talked about it in show and tell – it was a pop culture seminar, ok? – in an undergraduate class. Believe it or not, the zoomer aged Professor had heard of and even played it. He liked it too.

Mass Effect 2 showed me the light: it was action and RPG done right. This is, so far, my favourite game in the series.

It’s too bad that some gamers didn’t like the Mass Effect 3 ending. I hope you didn’t let these angry gamers influence your choice to leave BioWare.

I have not seen the ending that launched a thousand angry gamers off their couches. Someday soon I hope to play Mass Effect 3.

See, the second game was so good that I just had to go back and play it again. In fact, I may go do that now.

But, first, let me say that I’m proud that you, like me, are Canadian. It’s good to know that we’ve made the best games in Citadel space.

During the maelstrom of everyday life, I got a lot of joy from your games.

Thanks for the good times, eh!