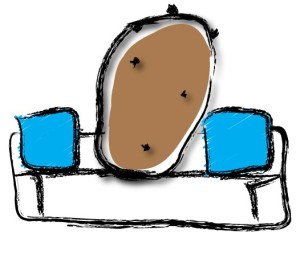 Let me tell you why I’m playing through Mass Effect 2 four times.

Did you ever see the movie Tropic Thunder? Tugg Speedman – played by Ben Stiller – saves the world in the Scorcher movie series. In one Scorcher trailer, Speedman says “Here we go again… again.”

No one wants to sit like a couch potato to watch the same action movie every year. On second thought, I guess they could if they were mindless zombies.

But I don’t mind returning to the same video game again… and again. I especially don’t mind if the game is Mass Effect 2.

I never thought I would buy the same video game twice, but Mass Effect 2 is too good to turn down.

I did drift for a while. I was like a lost adventurer searching for a treasure. Then I just ended up back at home after buying Mass Effect 2 again.

I started the journey with Mass Effect 1 on Xbox 360. I loved Mass Effect 2 so much that I played it twice. That was tough to do: my Xbox 360 gasped and wheezed every step of the way.

Sure enough, not long after, my 360 croaked.

Then Mass Effect 3 landed on Earth. What would I do? Would I play through Mass Effect 2 once again or just play the third game?

I can hear you say it now, “But, Adam, if you don’t play all of your hard work and decisions from previous games won’t carry over. Over 60 hours of your life will have gone down the drain!”

I need to play it at least twice  to prepare for Mass Effect 3. Why is that? Your decisions in this series affect the characters, world, and story of the third game.

Mass Effect 3 is the same classic story of a hero on a journey.

That story never gets old for me. I need to see the end of the trilogy. I need closure.