“Video games and paintings have nothing in common,” a cranky person might say.

Two summers ago, I found myself wandering through an art gallery and wondering if such a cranky sentiment could be right.

I realize now that two paintings I saw would destroy the cranky person’s argument, like a foot stomping on a sand castle.

Problem is that I couldn’t remember or find the names of the paintings. So I can only share my impressions of those fateful moments in the gallery. And ask that you indulge me.

Let’s see; where do I begin…

I was staring at the first painting and admired the two figures in it. One seemed to move through a desert-like setting toward an uncertain horizon, a mountainous region. Then a thought hit me like a hammer on the head: the painting reminded me of Journey. I’m talking about the video game, not the band. Anyway, one of the figures in the desert setting reminded me of that game’s adventure.

In fact, there were several, perhaps superficial, similarities between the painting and Journey. You can’t really identify the people in the painting, just like the mysterious figures in Journey. Like the main character in Journey, one figure in the painting, with his or her back turned to the viewer, wears a long robe. There are objects, which look like wooden poles, sticking out of the sand, and one object has a red sash on it. The sashes reminded me of the floating scarves and, for lack of a better term, “carpets” in the game.

Of course, there are some differences between the game and painting. The figures in the painting obviously do not match the game. Some of the objects scattered throughout the painting, like the shoes on one figure, do not appear in the game. Overall, the painting is more realistic in that it does not have floating objects, and the figures are human. By contrast, Journey’s characters might not be human, and it features multiple floating objects.

After I did this internal analysis, I was still struck by this painting’s resemblance to Journey.

Then a second painting reminded me of Uncharted 2. I’d say Uncharted 2 because that game had a bit of an Eastern vibe. The painting shares that setting because it depicts a scene from the Byzantine empire. This is the kind of exotic locale where Nathan Drake loots treasure.

The buildings in the painting look like they’ve weathered a storm or two. What a perfect setting for uncovering lost artifacts! I can almost see Drake hopping out of one of the buildings to evade the soldiers below. Or, maybe, he’d shimmy across the ledges and ditch the soldiers on the roofs.

Well, there’s one problem: the soldiers lived well before Drake’s time. Last time I checked, Drake could not time travel to the Byzantine Empire. Although I guess Naughty Dog could add time travel in future installments of the game.

Perhaps I was stretching evidence, though, to prove to myself that video games are art. Perhaps comparing two paintings to video games was not a very useful exercise. However, I was critical and still found myself struck by the similarities between painting and game.

Even if these paintings did not resemble scenes from video games, the games remain beautiful. The games have awesome visuals and stunning music that we probably consider art. Though I will refrain from offering a robust definition of art at this time; that’s a whole other post. 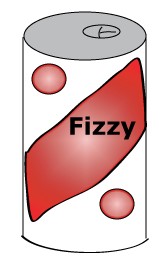 Every now and then you see goofy things in really good games.

That’s not always a bad thing. Sometimes those moments can cause you to spray pop through your nose as you laugh out loud – or not. Other times it just takes you out of the experience.

These two games have some odd moments.

1. In Skyrim, giants wander the land and drag along deadly clubs to beat things to death.

You’d think that club would flatten you into a pancake. But sometimes the clubs send creatures hurtling into the air and flying far across the world.

I have to wonder: was this giant club thing meant as a joke? Maybe Bethesda thought their game could use a bit more humour and threw this in for a laugh. Skyrim is a kind of serious sword and sandal game. I mean, it has it’s own dragon language!

Sounds a bit funny doesn’t it? Well, that’s just only one of the strange things in this otherwise excellent game.

Naughty Dog makes games that look like you could play them on the silver screen. They did it again with Uncharted 3. The camera angles and set-pieces are worthy of Hollywood. How could the game get any better?

Well, Drake’s death scenes could use a little work. When he dies, everything – surprise – gets somber, but Drake’s corpse tends to fly and his limbs flail wildly. This goofy sight doesn’t really fit a game that looks as good as a blockbuster action movie.

What other amazing games have weird problems that mar your good time?