Three Video Games That Hated Me and Nearly Killed Consoles 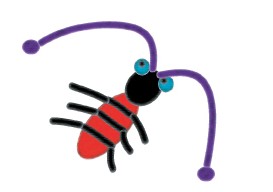 Have you ever popped a game into your console only to watch the console spit it out? Well, I’ve kinda had that problem. Maybe you have too.

Calm down for a minute, stop seeing red, and read about three games that nearly killed consoles.

The Covenant had backed me into a small and dark corner. Then I blasted my way out of the city and expected a mind-blowing ending. You know, the kind of ending you see in Halo 3 after you’ve beaten the game on legendary.

What happened instead? The game treated me to a frozen screen every time I beat it. I had to watch the real ending on YouTube.

I managed to avoid turning on the three red lights with this game. That’s probably the worst thing that could’ve happened. But Mass Effect 2 crashed or froze every time I played it. I’d say that’s the second worst thing possible.

Whenever I played Mass Effect 2 for 30 minutes, the game would freeze like water in winter. Sounds like a fun way to play, huh?

Melting the ice was easy: I would reset my Xbox 360 to play. Then the game was happy and warm inside, just like me.

I thought these crashes were signs that my Xbox 360 faced imminent death. I was wrong. My Xbox clung to life for another six months before it breathed it’s last and died.

On the plus side, I did get to see three cool red lights. But it wasn’t Christmas, so the lights didn’t cheer me up.

I dodged a bullet on this one. After buying Skyrim for Christmas, I returned the game to the store a week later. Why’d I do that? Turns out that game had crippling lag and just played awful on PS3. Whew! I’m glad I decided to grab it for PC.

So you can find bugs in all kinds of games. What kind of game breaking bugs have you suffered through? Managed to avoid any real nasty bugs?